Last December, the Labour-led Government of New Zealand announced its intention to raise the national minimum wage to $17.70 per hour, effective on the 1st of April 2019 [1]. This rise of $1.20 serves as the most substantial minimum wage increase in over three decades, and is the most recent step towards fulfilling the coalition Government’s goal of $20 per hour by 2021 [2]. The new enactments have been developed with the goal of reducing income inequality, stimulating economic growth, and making daily life easier for New Zealand’s minimum wage workers [3]. With this announcement, however, there have arisen considerable debates surrounding the merits of an increase in the minimum wage, including its impacts on the prices of goods and services, on employment, and the extent to which it helps those on minimum wage.

The Minimum Wage in New Zealand

The minimum wage has been central to New Zealand’s history, with the Industrial Conciliation and Arbitration Act 1894 introducing the world’s first requirement to provide workers with a minimum earning rate [4]. This preceded modern forms of minimum wage control, and would evolve to ensure equal minimum wage rates for men and women by 1977 [5]. Successive Governments in recent decades, particularly those of David Lange and Helen Clark, oversaw sharp increases in the minimum wage during their tenure [6]. This legacy of minimum wage policy has led to New Zealand having the highest rate in the OECD [7].

Despite New Zealand’s bold wage legislation, broader statistics often reveal a much more striking, and arguably shameful, reality. New Zealand’s poverty, and in particular child poverty rates, emphasise this point. The poverty line is defined as those households who earn a weekly income of less than 60% of the national median [8]. Under this measure, figures reveal that as recently as 2016, roughly a third of all children in New Zealand live below this line [9]. Furthermore, evidence indicates that the overwhelming majority of Kiwi families who live this reality are working families who struggle to cover living costs in the face of high rent expenses in cities such as Auckland [10]. 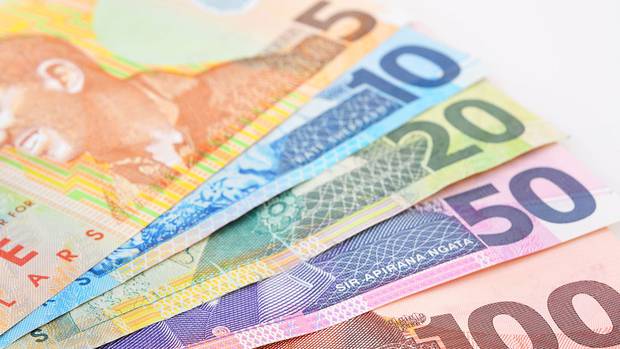 Plans to increase the minimum wage have been a critical policy proposal of the Sixth Labour Government who, since assuming power in 2017, has raised the stipulation twice, with the new rate of $17.70 per hour taking effect next month [11]. The Government further intend to increase the hourly rate to $18.90 on the 1st of April, 2020, and then to $20 on the same date in 2021 [12]. This plan forms the policy end of their 2017 promise to raise the minimum wage to $20 within four years [13]. This goal was initially proposed by NZ First during the 2017 General Election campaign, with the Labour Party adopting the same policy upon the formation of the current governing coalition [14]. When discussing the proposed wage laws, Minister of Finance Grant Robertson cited the Government’s belief that all members of New Zealand’s workforce ought to be “fully included in society” [15].

Despite the Government’s aims of assisting New Zealand’s working poor, there have been concerns about the repercussions of minimum wage control on the economy, and how this manifests as harms against – above all other economic actors – the country’s lowest paid workers. Rudimentary economic principles hold that if employers have to pay their workers a higher wage rate, increased costs of production will lead to undesirable outcomes, including mass layoffs of minimum wage workers, or an increase in the price of goods and services. A survey conducted by ExportNZ revealed that the new minimum wage would increase production costs by anywhere from $120,000 to $800,000 for small businesses of around 75-120 staff [16]. Business New Zealand CEO Kirk Hope voiced these concerns in the wake of the previous increase to $16.50 in 2018, stating that “if the minimum wage increases get too big, people will lose jobs” [17].

Grown produce exporters have been the most frequent subject of these concerns [18]. The executive director of ExportNZ Catherine Beard has stated that minimum wage increases must call for the rise of all workers’ pay rates relative to those on minimum wage, and that such drastic increases in the cost of production will often drive employers to invest in technology that will lay off workers [19]. Meanwhile, others such as Business NZ Employer Relations Policy Manager Paul McKay have argued that pushing these costs onto consumers would prove to be equally dire for workers in New Zealand’s produce industry, stating that “if you put the price of a New Zealand apple up, they [consumers] will buy Australian apples” [20]. 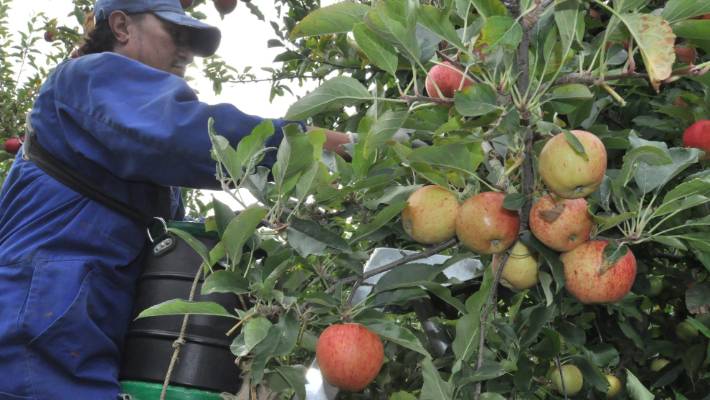 Another contention surrounds the effect of such legislation on rent. A study conducted by Mangere Budgeting Services Trust found that, based on 1500 budgeting plans, the average family of four helped by the Trust had just $39 a week to spend on groceries [21]. This was a significant decline from $83 only 18 months before the study, one attributed by the Trust to increasing rates of rent [22]. Consequently, if increases in minimum wage increase rent due to increased demand and stagnant supply, this presents a clear objection to the idea that minimum wage laws operate to place more income into the hands of working households.

A common claim in favour of minimum wage control is that it assists low-income families who struggle to cover basic living costs. Workplace Relations and Safety Minister Iain Lees-Galloway has cited the government’s broad desire for a “productive, sustainable and inclusive economy” that will ensure that New Zealand’s roughly 209,000 lowest paid workers – including around 36,000 parents with young children – are given the pay raise necessary to cover rising living costs [23]. The approaching increase to $17.70 per hour will place an additional $48 per week before tax into the pockets of New Zealanders working 40-hour weeks, which is “enough to make a real difference for working people” according to Lees-Galloway [24]. The Government’s eventual goal of $20 per hour by 2021 will be slightly below the current living wage of $20.55 per hour [25].

Incidentally, a common objection to the claim that minimum wage laws help low-income workers is the argument detailed previously, that increased production costs – which can manifest as punishments for low-income workers – challenge the very purpose of minimum wage control, that being a measure to increase real income for working-class households. Despite this, a great deal of empirical evidence infers that the benefits of minimum wage tend to outweigh any potential drawbacks, and act overall to both boost working incomes and to stimulate economic growth. Grant Robertson in 2017 emphasised that under the previous Labour Government of Helen Clark, the minimum wage rose drastically, yet that era saw, in Robertson’s terms, “some of the best economic growth and the lowest unemployment that we’ve seen” [26]. Statistics from this period further back up this claim; the Fifth Labour Government increased the minimum wage from $7.55 to $12 per hour from the beginning to the end of its tenure – a total increase of 59 per cent – which was accompanied by a fall in unemployment from 8 per cent to 3.5 per cent [27]. This example is not an outlier; under the Fifth National Government of John Key and Bill English, the minimum wage was increased by 31 per cent from $12 to $15.75 per hour, meanwhile unemployment reached its peak at 6.9 in 2012, before falling to 5.8 per cent [28]. Robertson has stated that these figures stem from the fact that “the people who will be getting these minimum wage increases will then be spending that money in the economy” and that minimum wage control “actually stimulates growth” [29].

Basic wage protections for low-income workers are an essential hallmark of industrial relations in New Zealand, and remain an unsettled and contentious policy debate in this country and around the globe. With the new rate of $17.70 per hour taking effect in three weeks, potential impacts on employment, prices of goods, and rent will all be vital considerations for both the incumbent and successive Governments in determining the form and scale of minimum wage legislation going forward.